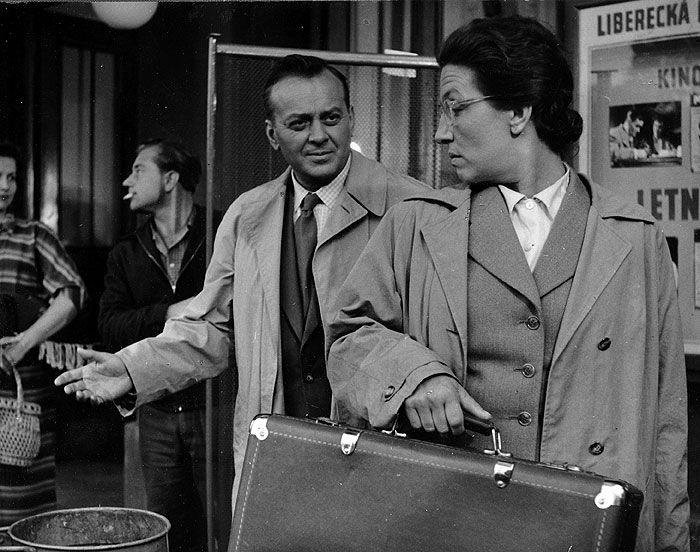 The Plain Old Maid is a story of a reserved accounting auditor Hana Kalvodová (Dana Medřická) investigating embezzlement in a publishing house in Liberec, the domain of a charming editor Jiří Štefl (Karel Höger). The psychological crime drama is constructed around impeccable acting performances and the brilliant interplay of the two protagonists. It is highlighted by the camerawork and experienced eye of Rudolf Stahl, especially several compositions depicting the emotions of the female protagonist, deep focus shots and night scenes with a noir atmosphere. Since the film captures several no longer existing locations around Liberec, it is also praised for its documentary value. It contrasts the noisy concrete streets of the city with the views of nature from the top of the Ještěd mountain. However, one cannot escape the past and the filthy reality forever.