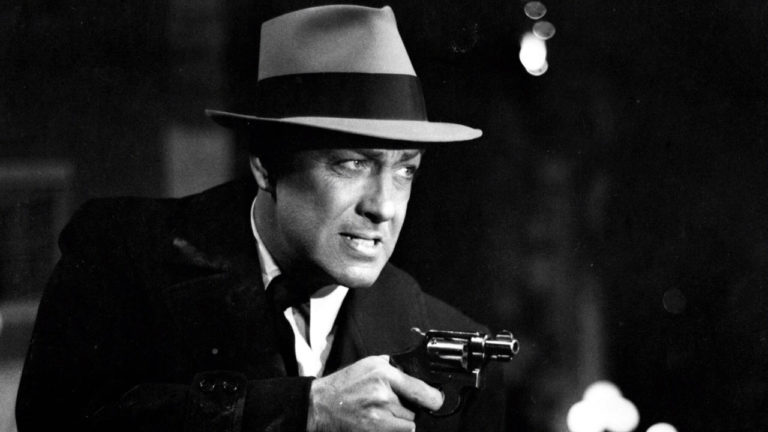 The actor Robert Taylor (born Spangler Arlington Brugh in 1911) was a handsome, perhaps in the opinion of many downright beautiful, man. This became both his trademark and his curse. The English film critic David Shipman said of him: “The assets of Robert Taylor hardly went beyond a good physique and a handsome face, so that with age he encountered the career decline inevitable to a matiné idol.” But such an assessment is too harsh. Taylor’s career spanned more than thirty years, and while he never received the respect and accolades of some of his colleagues (Oscar winners Clark Gable or Gary Cooper, for example), all the while he was a respected professional capable of pulling off films in a variety of genres, from romantic melodrama to western, from comedy to war film. He spent most of his career with MGM, and among his greatest triumphs were Camille (1936), in which his partner was Greta Garbo, Waterloo Bridge (1940), starring alongside Vivien Leigh, and William Wellman’s little-known western Westward the Women (1951).

His contribution to film noir is not as obvious as that of Robert Mitchum, Kirk Douglas or Burt Lancaster. His filmography doesn’t include any iconic titles in the vein of Out of the Past (1947) and The Killers (1946), though High Wall (1947), screened at NFF last year, had the potential to do so. That’s not to say that other noirs featuring Taylor are without interest. This year, as tribute to the Hollywood actor, we’re showing Rogue Cop (1954), in which he appears largely against type as a corrupt police detective who only begins to reassess his life’s priorities in response to the death of his younger brother.

Taylor’s career takes on even further significance in the context of this year’s program: together with his first wife, the well-known actress Barbara Stanwyck, he was a conservative Republican in the late 1940s and early 1950s (both were founding members of the Motion Picture Alliance for the Preservation of American Ideals) and became vocal opponent of all the filmmakers we are covering in the main program section, many of whom ended up on the blacklist.