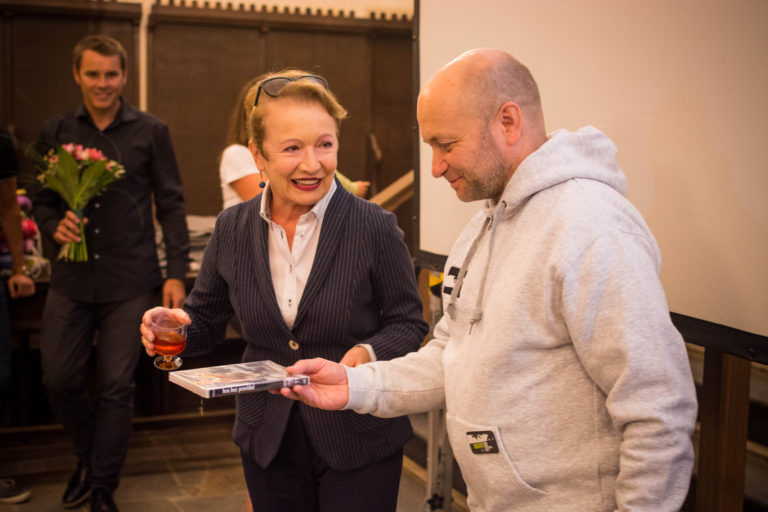 In honour of our long-time patron, the actress Hana Maciuchová (1945-2021), the lower courtyard of Český Šternberk Castle will bear her name during the festival. You will see her face in the programme in two TV adaptations of the detective novels The Man in the Net (1973) and Death on the Hour (1981).

Jiří Sequens’ TV film represented one example of a foreign source being allowed to be adapted for Czechoslovak television because it depicted the vices of a foreign capitalist society. The small American town of Stoneville is home to a painter named John and his unstable wife Linda. One day Linda, who is admired by everyone, mysteriously disappears and the suspicion of murder naturally falls on John, who is very unpopular in town. He must prove his innocence and find the real killer. An important part of the story are the children of Stoneville who help John because they are the antithesis of the morally corrupt town citizens. Director of the famous Casablanca (1942), Michael Curtiz, cast Alan Ladd as the main character in his Hollywood adaptation of this novel by Patrick Quentin.

The TV production of Death on the Hour was made by Czechoslovak Television in the 80s, the period of normalization which was not supportive of artistic freedom and creativity, and it reveals a story of a cunning murder of a director of an independent American television company. The city of New York writhes in heat, and the police investigators are not having much luck in catching the sly murderer backed by someone high up. The film is an example of a foreign novel which was allowed to be adapted in Czechoslovak Television since it denounces the capitalistic tendencies of the USA. It also shows the somewhat amusing “playing America” story boxed in the studio’s set with a minimum of exterior shots and action which is compensated by lengthy dialogues. Another noteworthy element is a small portable TV set playing one of the essential roles.