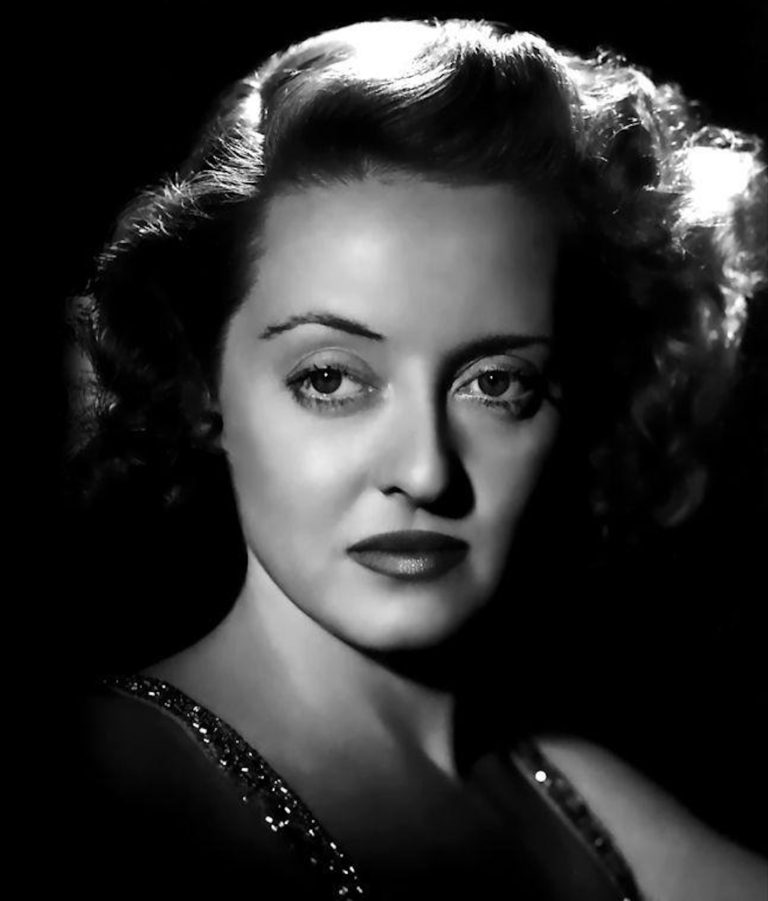 Choosing two classic Hollywood icons and paying tribute to them has become an essential part of the Noir Film Festival over the years. The actress we are going to honour this year at Český Šternberk is Bette Davis (1908–1989), who in the span of her impressive half-century-long career took part in more than 100 films and TV projects.

Two times winner and 9 times nominee for the Academy Award (she got nominated every year between 1939–1943), Davis became known for her portrayal of temperamental, unlikable and mean women. The Hollywood image of Bette Davis, who entranced the audience by her harsh voice and energetic acting rather than by her beauty, is therefore closely connected to problematic narcissistic characters who spit venom and throw around death stares. Who wouldn’t know the early 80s hit “Bette Davis Eyes” by the American singer Kim Carnes in which she celebrates Bette’s trademark stare with one warningly raised eyebrow? Furthermore, the line “what a dump!” uttered by the scheming and ever-dissatisfied wife of a village doctor played by Davis, has found its lasting place in the world of pop culture. The famous line comes from the noir melodrama Beyond the Forest (1949) directed by King Vidor and produced by the Warner Bros., and it is this very film that we have chosen to screen in Davis’ honour. In this piece, Bette Davis plays one of the most wicked femmes fatales in the history of noir – Rosa Moline stops at nothing and combines the cold-bloodedness and spinelessness of Ellen Berent in Leave Her to Heaven (1945) with the constant dissatisfaction and desire of Flaubert’s Madame Bovary. Topped off with a dose of tragedy worthy even of Tolstoy’s Anna Karenina, this film leaves no one unmoved.

The Noir Film Festival’s visitors are going to get acquainted with Bette Davis in the time her career – which had started in late 1930s – was nearing its peak. Later in 1950s, Davis’ career had slowly begun to stagnate, right until she re-appeared on the silver screen in a bewitching role of a psychopath called Baby Jane. Robert Aldrich’s What Ever Happened to Baby Jane? (1962) was screened during the 6th edition of NFF in Special screeninigs as a necessary complement to the main section themed “psycho noir”. This year, however, we ought to show Bette Davis in her prime.