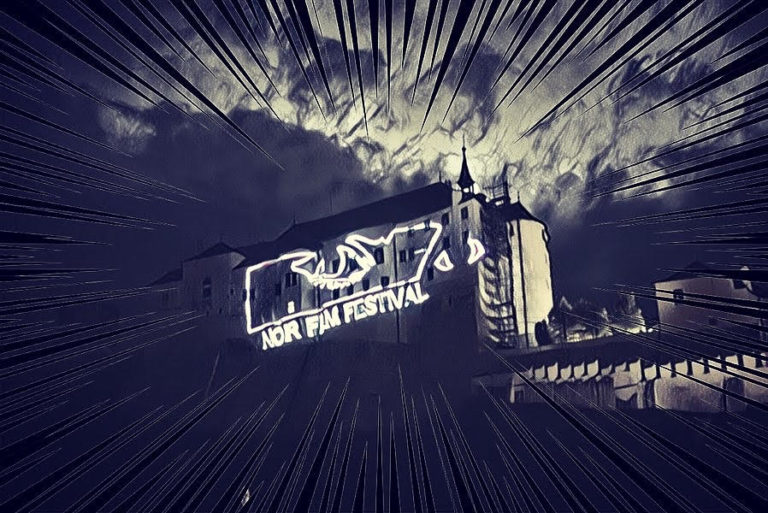 Noir Film Festival is in full swing Death of a Cyclist, Dead Among the Living, The Big Sleep, Kiss Me Deadly… this is just a fragment of the films we enjoyed with our audience at Český Šternberk Castle in a warm noir atmosphere. We were visited by our long-time patron and guest Tomáš Hanák, who received the Noir Eye Award from festival director Vítek Grigartzik, which the festival regularly awards to those who popularise film noir. Before the screening of The Big Sleep, where Tomáš Hanák aka Phil Marlowe read from Chandler’s novel of the same name, we christened another Blu-ray: Aldrich’s apocalyptic noir Kiss Me Deadly, released by Alan Záruba’s company Art4Film, this time with an accompanying original essay by Noir Film Festival programmer Milan Hain. The godmothers of the launch were actresses Judit Bárdos and Ivana Chýlková. Today, the festival moved into its second half. But we’re not done yet! Enjoy!