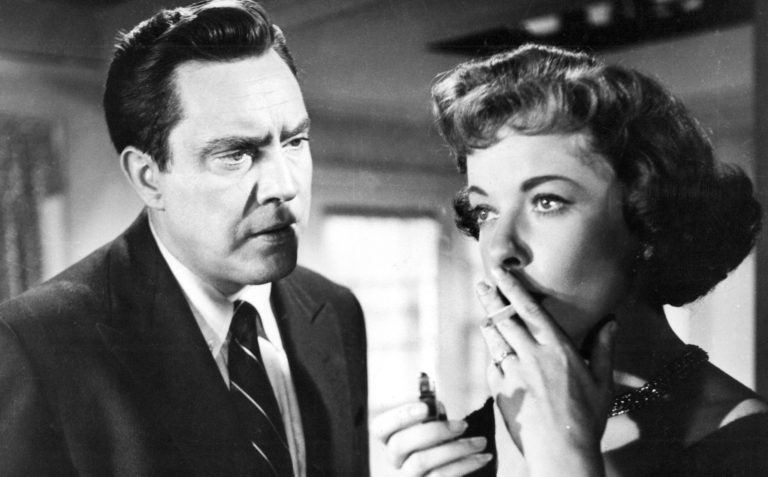 The name of the movie doesn’t exactly leave us guessing what the story might be about. The main character is a seemingly ordinary working man Harry (Edmond O’Brien) but he hides a huge secret: he has two wives – each one in a different city – and neither of them has any idea about the other one’s existence. In spite of the fact that Ida Lupino is often seen as a (proto)feminist author, she treats the main character with empathy, rather as a victim of the system than a devious villain. We also shouldn’t fail to mention the strongly autobiographical aspect of this movie: the leading female roles are played by Ida Lupino and Joan Fontaine while the former divorced her second husband Collier Young – a close colleague and the author of the film’s screenplay – shortly before the movie was made and “left” him to the latter. Lupino then married the actor Howard Duff. In the following years, Lupino was mostly active in television and directed her final film in 1966.