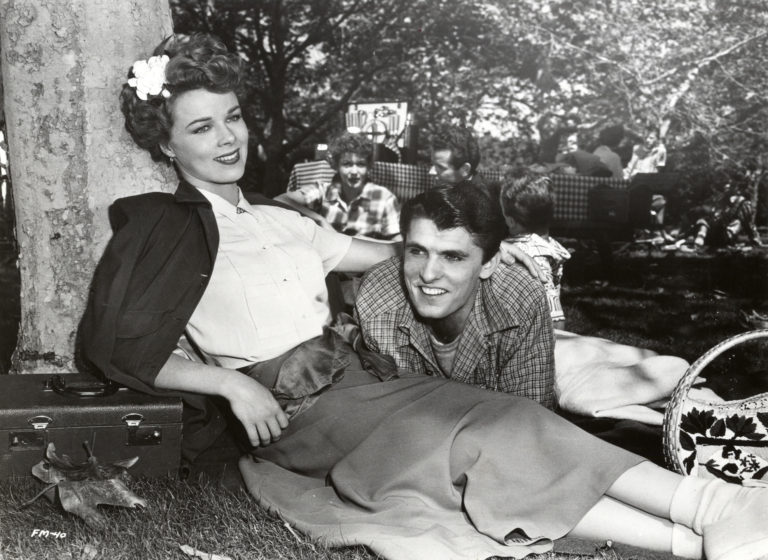 Never Fear was directed by Lupino alone for The Filmakers company led by herself, her then-husband Collier Young and screenwriter Malvin Wald (e.g., essential docu-noir The Naked City /1948/, among others) who has replaced their original business partner Anson Bond. In February 1950, Young and Lupino published the “Declaration of Independents” in which they announced their diversion from the Hollywood mainstream and their intention to cover new, socially relevant topics. Never Fear is a drama which, in line with this artistic philosophy, focuses on a dancer whose promising career comes to halt due to cerebral palsy. This movie, once again, centers around a female character and her feelings – disappointment, shame, loss of self-confidence, but also her determination to get back on her feet (both literally and metaphorically). The main character was portrayed by Sally Forrest who had also appeared in Not Wanted and Hard, Fast and Beautiful!