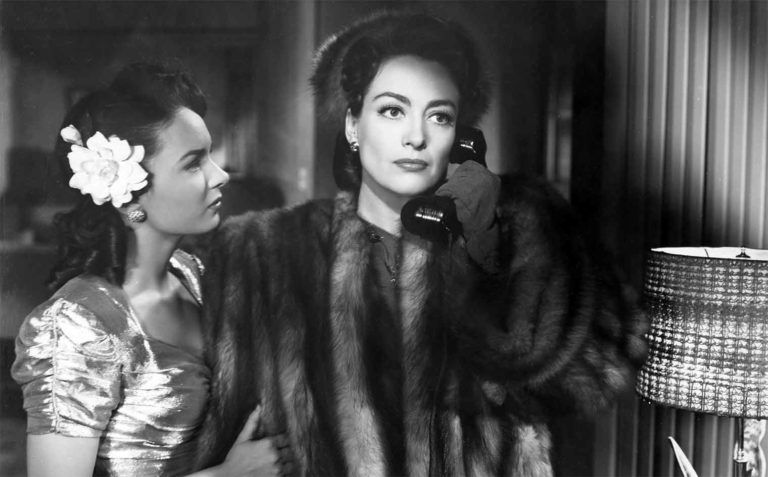 Mildred Pierce, based on James M. Cain’s novel of the same name, is divided into two parts. The framing narrative, in which we twice witness the murder of Monte Beragon – once in the opening, the second time in the end – is pure noir dominated by nocturnal, expressively lit shots and a confusing narrative that puts the viewer on a false trail. The inserted flashback, which forms the dominant part of the film, is a classic melodrama in which we follow Mildred’s efforts to work her way up from downtrodden housewife to owner of a successful restaurant chain, while simultaneously ingratiating herself with her spoiled daughter Veda. Michael Curtiz’s film, however, goes beyond the personal and reflects on more far-reaching social issues: the transformation of women’s status during the war, the disintegration of the nuclear family, the utopianism of the American dream, and the persistence of class differences. (Milan Hain)