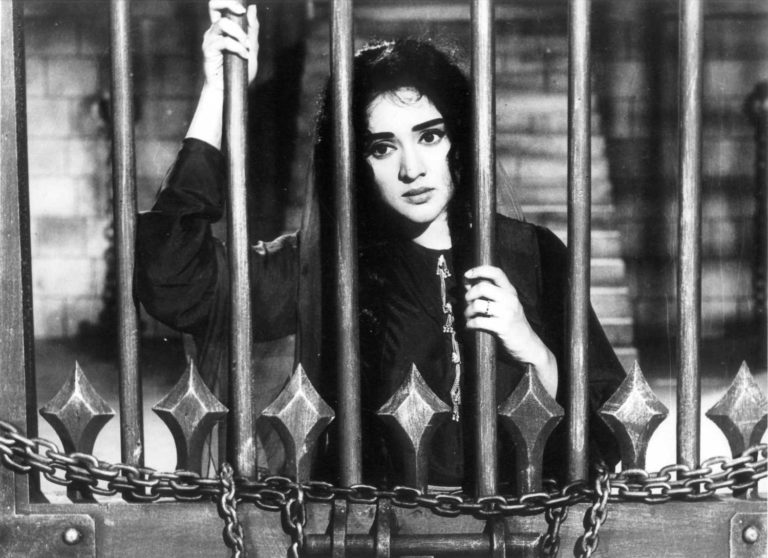 Some Bollywood films with a crime plot work with the theme of the supernatural, and their genre approaches what is known as a gothic film in Western cinema. This is true for two films from this year’s program – Madhumati, directed by Bimal Roy, and Biren Nag’s The Fog. The former of the two introduces the topic of reincarnation by telling a retrospective story of the love affair between Anand (Dilip Kumar) and Madhumati (Vyjayanthimala), whose souls get a chance to reconnect in the next life. As Bollywood custom dictates, the film hastily alternates between different moods and amusing episodes are suddenly replaced by gloomy scenes. The screenplay was written by Ritwik Ghatak, who also directed several artistically valued films, such as Pathetic Fallacy (1958), The Cloud-Capped Star (1960), and The Golden Thread (1965). Madhumati reflects his understanding of the popular style as well as it was the most profitable Hindi film of 1958.