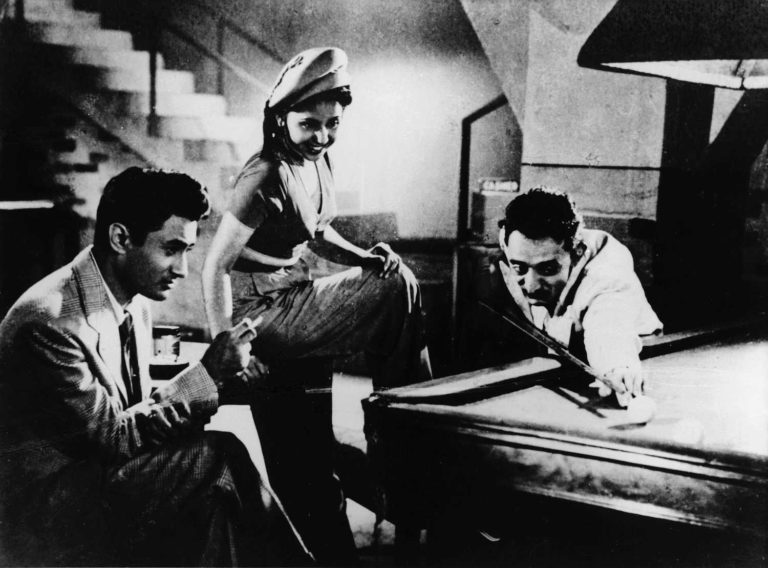 The classic of Indian cinema Guru Dutt made no secret of his admiration for Hollywood production, and his directorial debut Gamble was created under the strong influence of The Asphalt Jungle (1950) by John Huston. The story of gambler Madan (Dev Anand), who gets involved with the criminal underground, is set in casinos, clubs and shanty parts of town whose gloominess is ever so highlighted by the expressive lighting and omnipresent cigarette smoke. By contrast, some aspects of the plot or use of music may evoke techniques rather associated with melodrama. Dutt returned to noir for inspiration several other times: before directing his best works, Thirsty (1957) and Paper Flowers (1959), in the late 1950s, he also made mystery romances Jaal (1952) and Aar-Paar (1954). Unfortunately, his remarkable career was brought to a halt in 1964 when he committed suicide at 39.