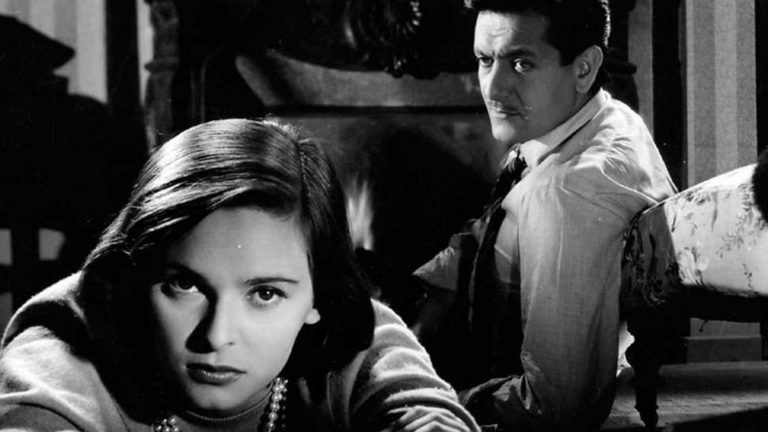 Death of a Cyclist is not only one of the most famous Spanish film noir variations, but also a fundamental pillar of local cinema. An early film by the later celebrated director Juan Antonio Bardem (1922–2022), it won the FIPRESCI (International Federation of Film Critics) award at the Cannes Film Festival, and was also hailed as the first film made under the Francoist regime to be a scathing critique of the country’s political order, in its reflection on corruption and moral rot. The melodramatic story of a loving couple guilty of infidelity and negligent homicide is laced with a pervasive atmosphere of distrust and suspicion giving way to paralysing paranoia and fear for their own futures. Each of the characters, inhabiting the milieu of Madrid’s social elite, who suffer only emotionally, is driven by selfish interests that ultimately lead them to their doom. (Jana Bébarová)

Screenings in Spanish with Czech and English subtitles.