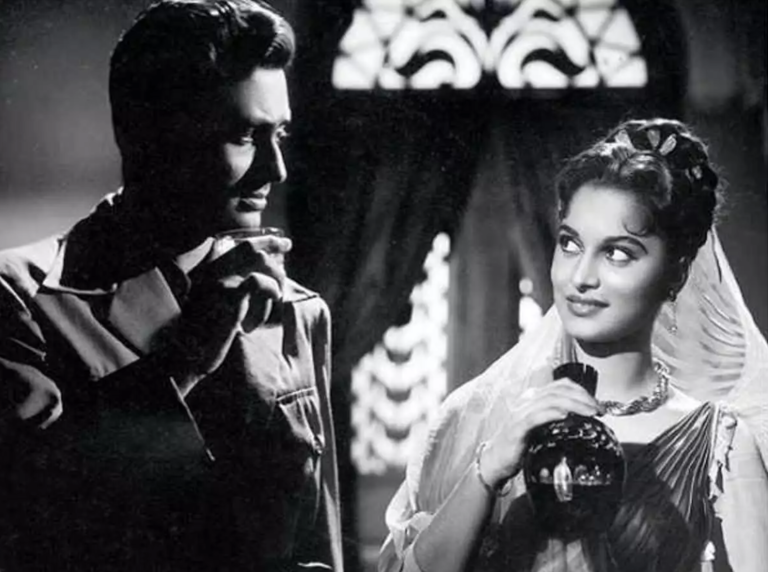 C.I.D. was produced by Guru Dutt and directed by his protégé Raj Khosla. The basic plot will be familiar to all noir fans: while police inspector Shekhar (Dev Anand) is investigating a murder of a newspaper publisher, he becomes a suspect himself and loses his job. He then must spare no effort in clearing his name and finding the real perpetrator. Although inspired by the noir style of the West, the filmmakers mold the story according to purely Indian genre formulas. In consequence, a night car chase is followed by a musical number where a group of village women merrily gather to get water from the river. The carefree atmosphere is further enhanced by supporting roles led by a pickpocket played by Johnny Walker. The film was the first significant acting opportunity for Waheeda Rehman, who then became Dutt’s muse and played important roles in his masterpieces in the late 1950s.