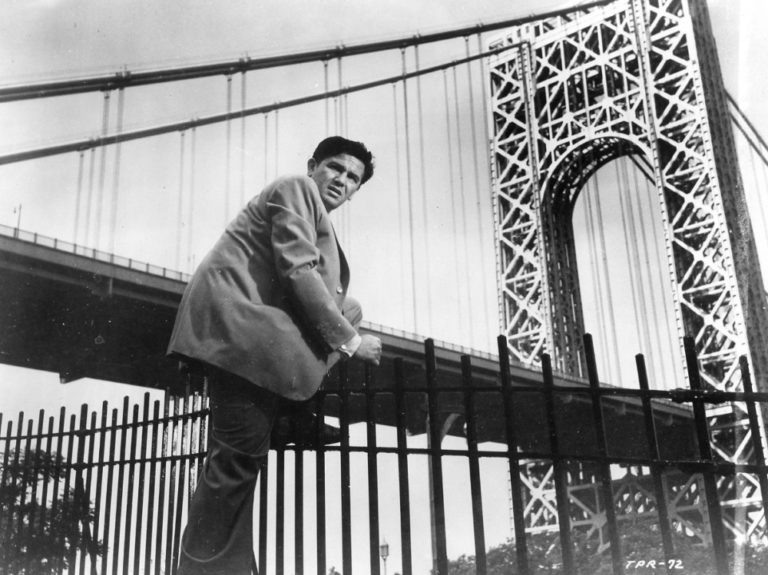 By the 1930s, Hollywood had become a bastion of liberal-minded artists. Most of them made it as screenwriters, and it was towards them that the criticism accusing films of spreading left-wing propaganda was directed. During the war, ideological differences were put aside, but after 1945 tensions were renewed and intensified. The first wave of interrogations initiated by the House Un-American Activities Committee (HUAC) in the fall of 1947 led to a list of some forty names suspected of subversive activities. Ten of them (the so-called Hollywood Ten, including Dalton Trumbo and Edward Dmytryk) refused to testify publicly and were found guilty of contempt of Congress. Most of them ended up spending time in prison. Things calmed down for a time in 1948, but three years later HUAC began interrogations again and with even greater vigor. The rest of the decade was marked by fear and paranoia, where even the slightest pretext and a minor scrape from the past could lead to the blacklisting of a filmmaker.

It is no coincidence that left-leaning artists tended to gravitate towards film noir, which, through crime stories about disadvantaged individuals, made it possible to formulate urgent social statements denouncing class inequality, abuses of power or the excesses of capitalism. Directors and screenwriters such as Jules Dassin, Joseph Losey, Abraham Polonsky, Robert Rossen, and A. I. Bezzerides were most sensitive to these and similar themes. Their contribution to film noir of the second half of the 1940s can hardly be overestimated. By the end of the decade, however, McCarthyism had made them undesirable, and they were all faced with several unenviable options: to retire from filmmaking, to work secretly under a pseudonym, or to go abroad. The noirs of the 1950s mostly took either a strictly apolitical path or, at worst, turned into didactic tracts on the dangers of communist agents.

The main thematic section of this year‘s festival called Blacklisted will focus on those prominent Hollywood figures whose voices were silenced with the advent of the blacklist in the late 1940s and early 1950s. Among others, we will present the acclaimed and historically significant films Force of Evil (1948, written and directed by Abraham Polonsky, starring John Garfield), Thieves‘ Highway (1949, directed by Jules Dassin, written by A. I. Bezzerides) and He Ran All the Way (1951, directed by John Berry, written by Dalton Trumbo, and starring John Garfield).